by BETTINA ARNDT – AMBER Heard has been caught on tape sneering at Johnny Depp, gloating that even if he were to tell the world, no one would believe that a man was a victim of domestic violence.

In the end he did tell the world. The miracle is he was believed, and people everywhere overwhelmingly sided with him, including the jury.

“Tell the world, Johnny, tell them: ‘I, Johnny Depp, a man, I’m a victim too of domestic violence,’ and see how many people believe or side with you.” 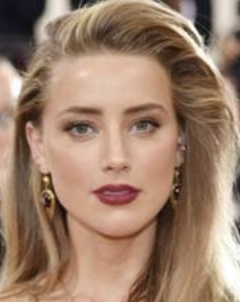 That’s the story which captured recent public attention in countries across the globe. And rightly so.

Naturally, the mainstream media is working overtime to play down the whole saga, dismissing it as a tawdry celebrity circus, and attributing the massive public interest to sinister efforts by Johnny Depp fans to support their star and a win for yet another powerful man.

But there are really significant issues at play here. Perhaps most importantly we witnessed cracks in the Believe All Women feminist edifice.

The waves of social media applause that greeted the daily exposure of Heard’s lies in the Virginia courtroom spoke to the immense frustration of communities everywhere which for decades have been cowered into denying the truth about domestic violence.

Then it all played out on this massive public stage. This was not he-said/she-said drama where no one knew who to believe.

Critically, Amber Heard and Johnny Depp’s behaviour was captured on tape, and due to the decision to broadcast live the entire proceedings, it was revealed to all.

Viewing figures totalled an incredible 84 million hours of this courtroom drama featuring these recordings of their conversations, attracting audiences of up to 3.5 million, amplified daily in thousands of YouTube videos, Instagram clips and other social media promotion, which also often attracted viewers in their millions.

The ‘Johnny Depp’ hashtag reached 30 billion views on TikTok. So absolutely huge numbers of people actually got to hear what went on between these two.

As the jury concluded, they heard ample evidence that Amber Heard maliciously misrepresented herself as a domestic violence victim.

They were exposed to witnesses saying there was no bruising from the alleged punch to the face, no evidence the trailer was trashed, nothing to support her allegation that he’d raped her with a bottle and Kate Moss declared it was untrue, as Heard claimed, that Depp had thrown her down the stairs.

Johnny Depp has always categorically denied he had physically abused Heard and the evidence stacked up showing this to be the case.

Depp was revealed as a booze-addled, angry man prone to texts fantasising about hurting Heard but, contrary to the view of the British judge who ruled in his failed defamation case against The Sun newspaper, there was no proof he was a wife-beater.

In a telling interview, NBC News legal analyst Danny Cevallos pointed out that in the recent case all Heard’s lawyers needed to take Depp down was evidence this happened just one time.

“If you conclude that Johnny Depp was violent to her once, then she wins, because it means she can say, truthfully, she is a survivor of abuse.”

That was a mighty low bar but still Heard’s lawyers failed. Having taken the risk of weeks of evidence about his private life exposed to public scrutiny, Johnny Depp’s courage paid off.

Rather than Johnny Depp being revealed a wife-batterer, Amber Heard was shown to be a violent woman.

One of the most telling incidents took place in Australia whilst he was filming Pirates of the Caribbean.

Depp described how he locked himself in bathrooms to escape the “endless parade” of insults and abuse he was receiving: “The house that they had rented for me in Australia was a bit of a labyrinth with a lot of rooms,” he told the court.

“I think I ended up locking myself in about nine bedrooms and bathrooms as she was banging on doors, screaming obscenities, wanting to have a physical altercation.”

This description of Depp trying to get away from a woman screaming obscenities, sneering and tormenting him, ticked many of the boxes in the recently conducted survey of male victims of coercive control, published by psychologists from the University of Central Lancashire.

Smashing property, tick. Threatening to report him to police for something he hadn’t done, tick. Playing mind games, humiliating him, insulting his masculinity. Tick, tick, tick.

There was plenty of all that. Like telling Depp that he is “over the hill.”

“You are such a baby, grow the f–k up Johnny.” “Suck my dick,” Heard says repeatedly on one audio recording.

The Lancashire University survey results added to the growing body of evidence that women are just as likely as men to be perpetrators of coercive control, even though laws, recently introduced in Australia, will almost certainly target just men.

Most people realise women are experts in this type of controlling behaviour. It’s just that we haven’t been allowed to talk about it until this case let the cat out of the bag.

Amber Heards are everywhere. That was the message that flooded social media.

The woman’s appalling behaviour triggered a shudder of recognition – not just from men who have faced similar abuse from their partners but from children witnessing their fathers under siege from their mothers.

I often mention the Australian Institute of Criminology research which showed a similar number of children (22 per cent) witnessing domestic violence from mothers against their fathers, as mothers being abused by their fathers (23 per cent).

The Depp/Heard case represents a critical cultural moment – a real breakthrough in truth-telling about domestic violence, undermining the ideological straightjacket that feminists have worked so hard to maintain for the last half century.

There’s a YouTube video called, “I did not punch you, I was hitting you” which shows Johnny Depp in court listening to a recording of Amber Heard where she angrily explains that yes, she did start a physical fight with him but indignantly points out that she never punched him, she was “just hitting him”.

That’s the classic female line. A hit from a woman simply doesn’t matter.

The ubiquitous slap on the face is the socially accepted female response to any perceived male offence.
Almost every romcom features a woman whacking a man across the kisser. That’s the “punchline” greeted by a gale of laughter by audiences everywhere.

Over 25 years ago, one of the world’s leading domestic violence researchers, the late sociology professor Murry Straus called out this casual attitude to women’s slaps in his article, Physical Assaults by Women Partners: a major social problem.

Straus pointed to everyday scenes in the media where a man makes an insulting comment to a woman and she responds by “slapping the cad”.

Straus warned that “this presents an implicit model of assault as a morally correct behaviour to millions of women,” a stance which is not only morally reprehensible but actually dangerous.

Drawing on a series of studies conducted in the 1980s, Straus explained that dismissing women’s violence poses a real risk to women because “minor violence by women increases the probability they will end up victims of serious male assault”.

She slaps, he retaliates, and she’s the one more likely to be injured.

There’s a recent meta-analysis of 85 studies of domestic violence, conducted by Sandra Stith and colleagues from Kansas State University, which found one of the largest risk factors in predicting serious abuse of women was the woman herself initiating violence.

So Amber Heard’s violence matters. She was placing herself at risk of real injury by slapping, hitting and throwing things at a man.

It is a tribute to Johnny Depp’s restraint that he never retaliated. Next time she might not be so lucky.

If we actually cared about reducing the scourge of domestic violence, we would talk openly about this critical issue.

We would protect such women by teaching them to deal with conflict without resorting to violence, teach couples to handle volatile issues differently.

That’s the approach used by couples and family therapy professor Sandra Stith and some similar brave souls scattered across the globe, despite active resistance from the ideologues.

This week CEDV, the international coalition working to change domestic violence laws and policies, is launching a #MenToo campaign, to ensure male victims of domestic violence are heard, believed, and have equal access to services.

That’s the beginning – a vital first step towards the evidence-based treatment programs that are the only real solution to this vexed social issue.PC

I didn't punch you, I was hitting you!

Left eats itself over ‘women’

Jackboot feminists turn on their own