It believes that free-market capitalism, while not perfect, is by far the best mechanism for enriching people’s lives – financially, spiritually, artistically and socially.

The extremist ideologies of socialism, third-wave feminism, post-nation globalism and revolutionary environmentalism will rarely receive the time of day on this forum (apart from an occasional back-hander).

Instead, this site will focus on the beliefs, words and actions of the people and institutions that have made the English-speaking world the most sought-after address in human history.

Respect for classical liberalism, freedom of speech and diversity of thought will be found in large doses.

Although viewed from an Australian perspective, this site acknowledges the influence conservative thinking from the UK, the USA, Canada and New Zealand has had on both Australia and the wider world.

We will pay respect to the contemporaries of our movement – Margaret Thatcher, Ronald Reagan, Pope John Paul II and John Howard to name but a few – just as we will expose those who ride on their broad shoulders for purely mercenary and personal gain. 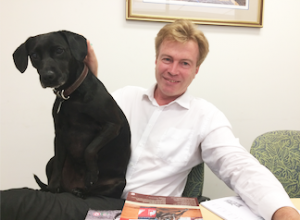 Sean Burke developed Politicom to share his perspective on centre-right politics in the English-speaking world.

He has a background in journalism and has held senior management and board positions at a number of major international media organisations including PBL Media, Emap plc and Reed Elsevier.

He is a former Liberal Party branch president and has run federal and State election campaigns.

He is proudly Catholic, has three adult children and now resides in Europe.