PRIME Minister Scott Morrison has told UK negotiators not to confuse trade with climate as he pushes back against ideological creep.

In a blunt, Australia-first approach, he has forced all references to temperature goals out of any future trade deal with the newly independent UK. 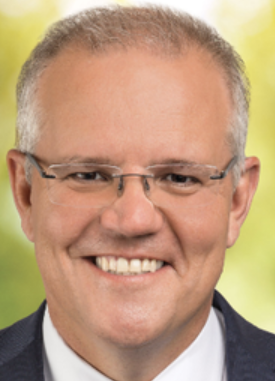 The UK, which has committed to higher targets than required under Paris, is attempting to transfer its commitment onto trading partners.

The prime minister’s tough stance has NSW Liberals, Labor’s Left faction and the UN in a huff.

“So opposed to action on climate change that they even asked the Brits to drop it from trade ­negotiations.

“The world’s climate emergency is Australia’s jobs opportunity but the Morrison government isn’t up to the job.”

But Mr Morrison has doubled down, according to reports in The Australian newspaper.

In response to the UN – which is attempting to shame Australia into ending coal production by 2030 – Mr Morrison said Australian mines would continue to operate “well into the future”.

“We will keep mining the resources that we’re able to sell on the world market,” Mr Morrison said.

“[The world market] will continue, as the current agreements already provide for, to use the resources that Australia has exported for a long time and will continue to, well into the future.” he said.

“We obviously anticipate that over time world demand for these things may change.

“We’ll work, particularly with developing countries, to ensure that they are able to engage in a positive transition of their own energy economies.”

World coal demand has never been higher and the price per tonne is sitting at 10-year highs.

Demand has pushed the international coal price a tad under US$150 per tonne. The last time it enjoyed a sustained run above US$120 was a decade ago.

Yet big business appears to be listening to – and acting upon – the rubbish the UN spouts.

And they’re being cheered on by inner-city Greens who piously lecture Australians to feel good about their businesses closing, families losing their main source of income and shops shutting in regional cities and towns.

Australian banks and insurers announced as recently as June they were withdrawing support from Australia’s second-most valuable export in the name of greenwashing their Environment, Social & Governance performance.

Unless this is quickly reversed, Australia will struggle to develop new mines and coal supply will quickly diminish as existing pits are exhausted.

Australia could, as absurd as it sounds, become a coal importer.

This is because much of the nation’s political leadership – the PM being a possible and rare exception – has been so completely blinded by Green ideology that they’re incapable of stepping in and stopping this mess.

And that’s assuming they’d even want to – which is questionable.PC