FEWER Australians wanted to buy products made in China, preferring locally made goods, according to new figures.

The number of Australians more likely to buy products made in China fell to 21 per cent, down 9 percentage points, according to market research company Roy Morgan. 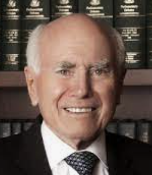 Meanwhile, 93 per cent said they preferred to opt for homemade products, which is up from 87 per cent in 2019.

“The closure of international borders and restrictions on travel around the world appears to have helped increase support for Australian-made goods at the expense of overseas products,” Roy Morgan CEO Michele Levine said.

“Although the preference for Australian-made goods is very high across all age groups, it is Baby Boomers (96 per cent) and Generation X (94 per cent) who are even more likely to prefer Australian-made products than other generations.”

Australians who were less likely to buy products made in China rose to 58 per cent, up 15 percentage points from 2019.

“Australians are a patriotic lot – particularly during times of crisis,” Ms Levine said.

Attitudes towards China – and its goods – have deteriorated as tensions with the Chinese Communist Party (CCP) have risen following Beijing’s campaign of economic coercion over the last year, which saw sanctions slapped on exports of barley, beef, wine and more.

Ms Levine noted that even if bilateral tensions were resolved, an “image problem for Chinese products” would likely remain in Australians over the next few years.

“By looking for the Australian Made logo, customers knew they were getting products made to high manufacturing standards while also supporting local industries,” he said.

“Australia’s over-reliance on imported products has been highlighted during the COVID-19 pandemic.

“This research shows Australians are placing priority on manufacturing self-sufficiency and job creation along with a renewed appetite to address the imbalance between locally made and imported products to ensure Australia’s long-term prosperity.”

According to Roy Morgan, if every household spent an additional $10 per week on Australian made products, it would contribute an extra $5 billion to the economy every year and create up to 11,000 new jobs.

Australian Small Business and Family Enterprise Ombudsman Bruce Billson said the changing preference towards Australia made during the past 12 months had been a welcome, unintended consequence of COVID-19.

“It’s fantastic to see this wave of support for Australian Made products, which is directly energising our small and family enterprises,” Mr Billson said.

“That’s why this Australian Made Week is a great time to support a small or family business by spending locally.”

Former Prime Minister John Howard expressed his support for the campaign, saying the week highlighted the importance of the country’s manufacturing industry and celebrated its success.

“The Australian Made campaign promotes the excellence and achievement of Australian products and services. It draws attention to how successful our country has been and how competitive it is in so many areas with the rest of the world,” Mr Howard said.PC

If in doubt, discard the elites