GREENS Leader Adam Bandt’s shallow symbolism has been described as both “racist” and “childish” by Aboriginal leaders.

Mr Bandt’s insincere efforts to endear himself to so-called “Indigenous victims” by removing the national flag from his press conferences has backfired even among those he purports to care for.

“It’s racist of Adam Bandt to continue to paint Aboriginal Australians as helpless victims in need of rescuing by the likes of privileged woke MPs. 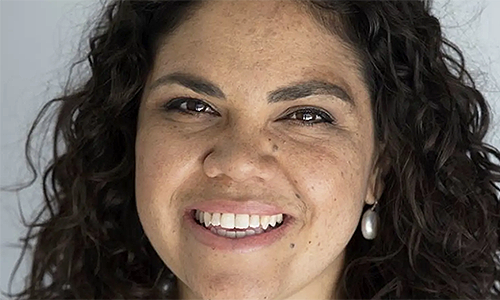 “The question is, what is it going to achieve?” Ms Martin said.

“If you want to bring people on board, why would you kick them in the goolies.

“It doesn’t work. If you want to move forward, the way to do that isn’t to offend the majority.”

Another Aboriginal leader, Mr Ian Trust, who runs an Indiginous employment program, said Mr Bandt’s decision “went against the spirit of reconciliation” that was central to the Aboriginal and Torres Strait Islander flag.

“Having the flags together is all part of the reconciliation process and that’s what we’re trying to achieve here,” he told The Australian newspaper.

“You don’t achieve reconciliation by removing one of those flags. That goes against the grain of everything it’s about.

“I would have the Australian flag there as well. That’s part of the country you’re in.”

A human rights lawyer who attended law school with Mr Bandt said his actions were nothing more than fake political posturing.

“I went to law school with Adam Bandt, who never showed any interest in Aboriginal issues,” Hannah McGlade said.

“Adam Bandt doesn’t have any track record on Aboriginal rights … and his comments about the flag reflects symbolism which is rejected by Aboriginal people because we know it’s actually rights we want.”

Northern Territory senator-elect for the Country Liberal Party Jacinta Price said the removal of the flag was “disrespectful to all Australians”.

“It’s becoming a little bit childish for leaders to be virtue signalling about who loves Aboriginal people more,” she said.

“There’s a lot of Aboriginal people out there who I’m sure like myself can see right through it.

“Just get on with representing all Australians, that’s what we are all elected to do regardless of our backgrounds.

“It’s racist of Bandt to continue to paint Aboriginal Australians as helpless victims in need of rescuing by the likes of privileged woke MPs.”

Despite widespread criticism, Mr Bandt has defended his decision.

“For many people, the Australian flag represents dispossession and the lingering pains of colonisation,” he said.

“Through treaty with First Nations’ people and by moving to a republic, we can have a flag that represents all of us.” PC

MPs: Women are an idea – not reality

Aboriginal propaganda to be removed from schools