by BETTINA ARNDT ~ MORE than twenty years ago, federal member of parliament Greg Wilton took his own life. The tragedy was the culmination of a series of events which highlight how poorly we deal with vulnerable men.

Three weeks earlier, Wilton had been found “in a distressed state” with his children in a car in the national park, apparently rigging a hose to the exhaust. It was widely reported as an attempted murder-suicide.

Somehow females are seen as deserving of, literally, 2000 times more investment in their health than men, despite their more robust health… 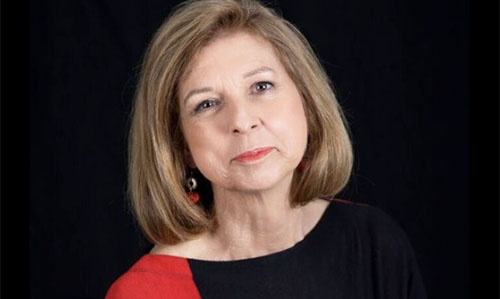 He spent time in psychiatric care, but with his Labor colleagues manoeuvring to force him out of parliament and relentless hounding from the press, it wasn’t long before he tried again. This time he succeeded.

A few years earlier Wilton had given a speech to parliament pointing out that the group most likely to commit suicide in this country were men like him – adult males struggling with marital separation.

He mentioned extensive research that had emerged over previous years showing “men kill themselves due to an inability to cope with life events such as relationship breakups of the kind I myself have suffered”.

In the two decades since then, that research has piled up. The case is now overwhelming that men facing relationship breakdown should be a key target of Australia’s suicide prevention policies.

There’s no way our health bureaucrats are going to let that happen.

The March 2022 budget allocated $2.1 billion to services for women and girls and just $1 million to “improve long term health outcomes” for men and boys. Isn’t that extraordinary?

Somehow females are seen as deserving of 2000 times more investment in their health than men, despite their more robust health resulting in four extra years of life expectancy.

What a tribute to the mighty efforts of our feminist health bureaucracy which for decades has strenuously ignored the enormous elephant sitting in their room – namely, the ever-increasing male suicide rate wiping out so many younger adult males.

Suicide is the leading cause of death for people aged 25-44. Male vulnerability is at the heart of the problem. Look at these statistics:

Men wiping themselves out is a hugely important health issue – yet there’s a very good reason why our politicians and feminist bureaucrats don’t want to go there.

As Greg Wilton pointed out, the evidence is piling up that a key reason many of these young men are at risk is they are casualties of family breakup.

The consequent minefield that hits these men, who are frequently fathers, often proves unbearable.

Most face some combination of stressful legal battles, false accusations, crippling child support payments; financial ruin and most importantly, the loss of their children.

Marty Grant could have been one such casualty. He had it all planned. The tough young farmer from the West Australian wheat belt had the wire around his neck.

The other end was tied to a tree and the car ready to surge into motion. But he stopped himself.

“I realised I couldn’t do it to my family and friends,” he said.

Marty pulled back, drove himself home, packed a bag and set off to seek help from the local nurse.

I wrote about Marty many years ago in an article on bush suicide for The Australian Women’s Weekly, covering all the stresses these farmers were going through, including crippling drought, dropping commodity prices, succession problems.

But it took some doing to persuade the magazine’s editors to let me tackle the major suicide research issue emerging at that time – family breakdown.

It was the loss of his loved ones which pushed Marty over the edge. His partner took off because she didn’t want to be a farmer’s wife, and then the son from a previous relationship – a child Marty had cared for a decade as a single parent – went off to live with his mum. Marty’s family disappeared.

This was the type of story highlighted in research published around that time by The Australian Institute for Suicide Research and Prevention at Griffith University which found relationship breakdown to be the main trigger for suicide, with male risk four times that of females.

According to the researchers Drs Chris Cantor and Pierre Baume, men are most vulnerable in the period immediately after separation – with separation from children a major source of their despair.

That’s a red flag, crying out for suicide prevention intervention. Just think what usually happens when we discover one of these trigger points.

Like mothers at risk of suicide due to post-partum depression. When that first made the news, support groups got to work, government funding started pouring in and now prevention programs are everywhere.

Then there’s indigenous suicide. Righty-o. They’ve come up with $79 million in the budget for that one.

Yet for the past two decades there has been absolutely no government funding to follow up Cantor and Baume’s work on vulnerable divorcing men, even though recent Griffith University research still shows relationship difficulties to be the major triggering life event, accounting for 42.5 per cent of suicides.

The Australian Bureau of Statistics data lists relationship disruptions/problems as the key suicide psychological risk factors after self-harm, which is more a symptom of distress than a trigger.

But this key issue never features in the public narrative. Instead, we are presented with carefully constructed red herrings.

Remember the lavish 2016 ABC television program Man Up, which spent three episodes claiming we need to teach suicidal men to show their feelings. Hours of television about men having to learn to cry, but not a word about what they were crying about.

Then they announced a mental health expert, Christine Morgan, as National Suicide Prevention Officer, and followed up with $5.6 million from mental health funding to encourage men to seek help.

Don’t they love this new diversion, focussing on encouraging men to rid themselves of their toxic masculinity and show their softer side?

But the fact is that even though many suicidal men have mental health problems, our authorities are strenuously ignoring the key event which might push them over the edge.

Data from the Queensland Suicide register shows that 42 per cent of men who die by suicide have a mental health diagnosis but 98 per cent have experienced a recent life event, such as relationship breakdown.

Given the ongoing male suicide crisis, it is an absolute scandal that our suicide policies are still proudly “gender neutral” with up to four of five beneficiaries female, according to analysis by the Australian Men’s Health Forum. [Read the case AMHF makes for a male suicide prevention strategy here.]

Yet finally there are tiny green shoots appearing midst the ongoing gloom. In January this year Suicide Prevention Australia, the peak body for suicide prevention organisations, announced that “it’s time to talk about male suicide prevention”.

“Of the 3000 lives tragically lost to suicide each year, over 75 per cent are men. They are our husbands and fathers, our brothers and uncles, our colleagues and friends”, wrote CEO Nieves Murray, announcing they were pushing for an “ambitious male suicide prevention strategy,” guided by “the evidence” and “addressing underlying issues that might lead men to the point of crisis,” and actually mentioning support for men in family courts.

The Morrison Government announced last November that some suicide prevention funding would be targeted at risk groups including men but didn’t manage to get this up before the election.

No doubt the health bureaucrats have no interest in rushing this one through and it’s hard to imagine this happening if a Labor/Green government gets into power.

Look what happened after Pauline Hanson had the guts to speak out about false allegations and bias against men when appointed Deputy Chair of the recent parliamentary inquiry into family law.

She was ripped apart in the media and her Labor/Green committee members stymied any hope of addressing these issues, despite hundreds of submissions documenting how men are being done over.

Tackling male suicide means highlighting the way the family law system is now weaponised against men. This will attract huge resistance from the feminist mob controlling our media, so adept at cowering politicians into inaction.

But too many people now know and care about what’s driving so many men to take their lives.

The time is right for a mighty campaign to galvanise public opinion and demand real change. Watch this space.PC