With little to no resistance they’ve captured The Greens and Australian Labor.

Emboldened by such easy pickings, they’ve now turned their sights towards Australia’s traditional centre-right political Parties, the Liberals and Nationals.

But they’re not attacking head-on with public debate and convincing arguments. Instead, they’re playing an infiltration game.

To win the culture war, they need the Liberal and National Parties intact. More importantly, they need conservative constituents to continue blindly voting for these Parties.

Their plan is to corrupt from within. By gaining influence over the Party machine they aim to incrementally steer conservative policy to the Left before too many voters notice and flee.

To achieve their goal, far Left activists are joining conservative Parties in large numbers. Once in, and with a mixture of subtle aggression and outright violence, they are provoking “right flight” among incumbent Party members.

Traditional conservatives are either walking away in disgust or being systematically voted out of representative roles. The activists then vote themselves into the resulting vacuum.

To the disinterested voter, these political wolves look and sound like conservatives. But there is an unbridgeable chasm between what they say in public and what they legislate in parliament.

This will continue. From late-term abortion, to bestiality, to climate extremism, to gender fluidity, the Left has a beachhead inside the conservative tent and is ready to march.

To stop this rot, they need to be removed. The Parties themselves, however, are unable to do this. The activist Left holds the numbers internally and they dominate any vote which attempts to temper their agenda.

It must now fall to conservative citizens to identify these political wolves and remove them through the ballot box.

While activist politicians are well rehearsed at presenting themselves as beacons of the centre-right, they almost always have tell-tale reveals that expose their radical bent.

Politicom outlines eight inherent characteristics that helps give their game away. 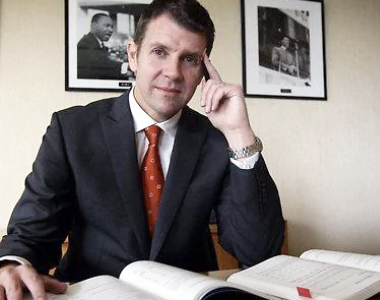 Despite a multitude of worthy conservative statesmen and women to choose from, political intruders tend to decorate their parliamentary offices with heroes of the Left – who are almost always men.

Margaret Thatcher, Winston Churchill, Robert Menzies and John Howard rarely, if ever, get a showing on their walls and cabinet tops.

The Queen’s portrait is a rarity.

Intruders measure their political success by how much taxpayer money they throw around to “improve” your life. The next time your local MP makes a speech, grit your teeth and listen. If the message is all about spending your money and not lowering your taxes, it’s time to free up his future. 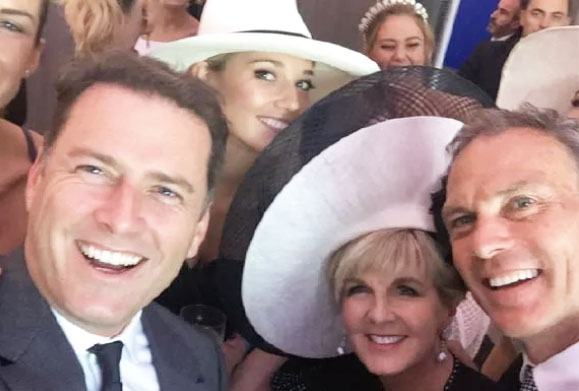 For an intruder, politics is more about themselves than it is about you. They tend to dislike conservative voters way more than they let on – the term deplorables  comes to mind. Instead, they gravitate towards celebrities, selfies and social media stardom.

Intruders either stay silent or disagree with everything US President Donald Trump says or does. They can never be seen to have an open-mind with Trump. To do so would upset their leftist media mates. 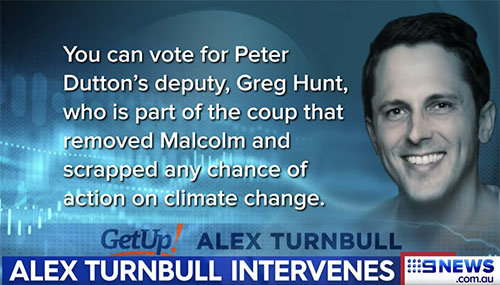 Watch their kids carefully. The children of political intruders often act in public how their parents act in private.

If a child of a politician associates with radical activist groups, you can be sure it’s because these were the ideals discussed around the kitchen table. There are a few exceptions, but not many. 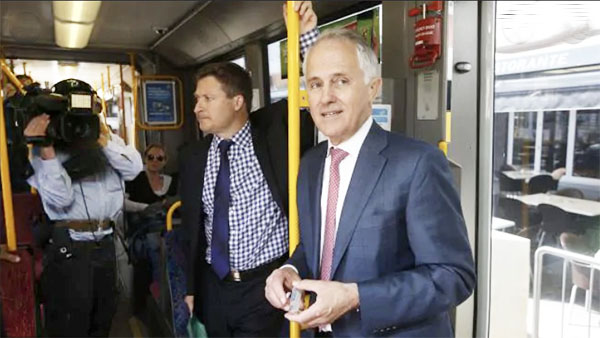 Intruders preach the virtue of electric cars. While they don’t always own one themselves, they’ve no hesitation suggesting that you should.

Also, watch for the news crews they invite on the rare occasions they swap their government limo for public transport. It’s all a big ego show for them of course, while commuters are treated as nothing more than a convenient backdrop. 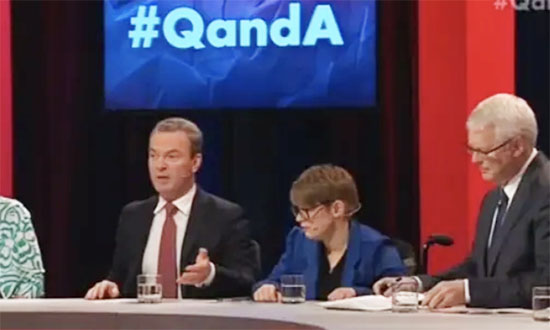 Political intruders steer clear of centre-right media organisations. Instead, they gravitate to soft-questioning leftist outfits like The Sydney Morning Herald, The Age, ABC and The Project on Network 10. These media brands are largely unreadable and unwatchable by their conservative constituents.

They are also into rebranding. Many intruders, for example, campaigned in 2019 as “modern” members of their Parties.

8. NOT A PEOPLE PERSON

Intruders often look out of place in a pub. Maintaining their deception around real, fair-dinkum people has proven almost impossible.

Once out of the pub and behind closed doors, they are often described as rude and explosive by their staff and subordinates. Such reports occasionally seep into the media.

Watch for them and don’t excuse their behaviour at the ballot box.PC

Greens told get out of way or get steamrolled