Among centre-right voters – who traditionally support the Liberal National Party – the divide is even greater with only two in a hundred rating climate change as an election issue.

The JWS poll was conducted in Queensland after last month’s State election and published in this week’s Weekend Australian newspaper.

The survey is a wake-up call to extremist politicians pushing their pet causes while becoming prey to cashed-up renewables investors who rely on tax-payer funded subsidies.

Centre-Left voters ranked climate change last after all other issues including COVID-19 response, the economy, jobs, living costs, healthcare and border control, in that order.

Only Greens’ voters ranked climate change as important, with almost 60 per cent of its tiny inner-city voter base saying it was the most important issue they faced.

The survey underscored the deep division within ALP ranks as regional MPs lash out against the Party’s extreme Green policies, which have decimated its traditional working class vote.

At a federal level, Labor’s vote has been in terminal decline since Kevin Rudd, Julia Gillard, Bill Shorten – and now Anthony Albanese – have embraced Greens Party policy and its small, but loud, inner city core.

From a primary vote of 51 per cent at the 2007 federal election, Labor struggled to attract low 30s by the 2019 election and now, under Albanese’s pro-green leadership, is heading towards the 20s.

Mr Fitzgibbon’s response included calling for the immediate sacking of ALP climate change spokesman Mark Butler before opening the door to a possible leadership challenge – saying he might run if “recruited to do so”.

The only people “out of step”, Ms George told The Australian newspaper, were Labor MPs who “fail to take note of the result of the last [federal] election”.

“ALP climate policies did not gain widespread support in the electorate,” she said.

“Labor’s primary vote has not increased since then. The fact that Joel almost lost his seat [of Hunter, NSW] last time around should be a matter of great concern.

“This is Labor’s heartland. Trying to justify policy on the basis of Biden’s win and the Queensland COVID election result is nonsense.”

“Labor just don’t get it,” he said. “Make no mistake about it, they have lost their traditional base.”

Also on the attack was CFMEU Queensland mining and energy president Stephen Smyth who said Labor had failed to win back workers since its disastrous showing at the 2019 “climate change” election.

“Federally, there is still a lot of work to be done and I am certainly disappointed to see Joel go.”

Mr Fitzgibbon’s agriculture and resources portfolio has been handed to city-based MP Ed Husic by Albanese – a move considered insensitive to regional voters.PC

Climate change is a non-issue… 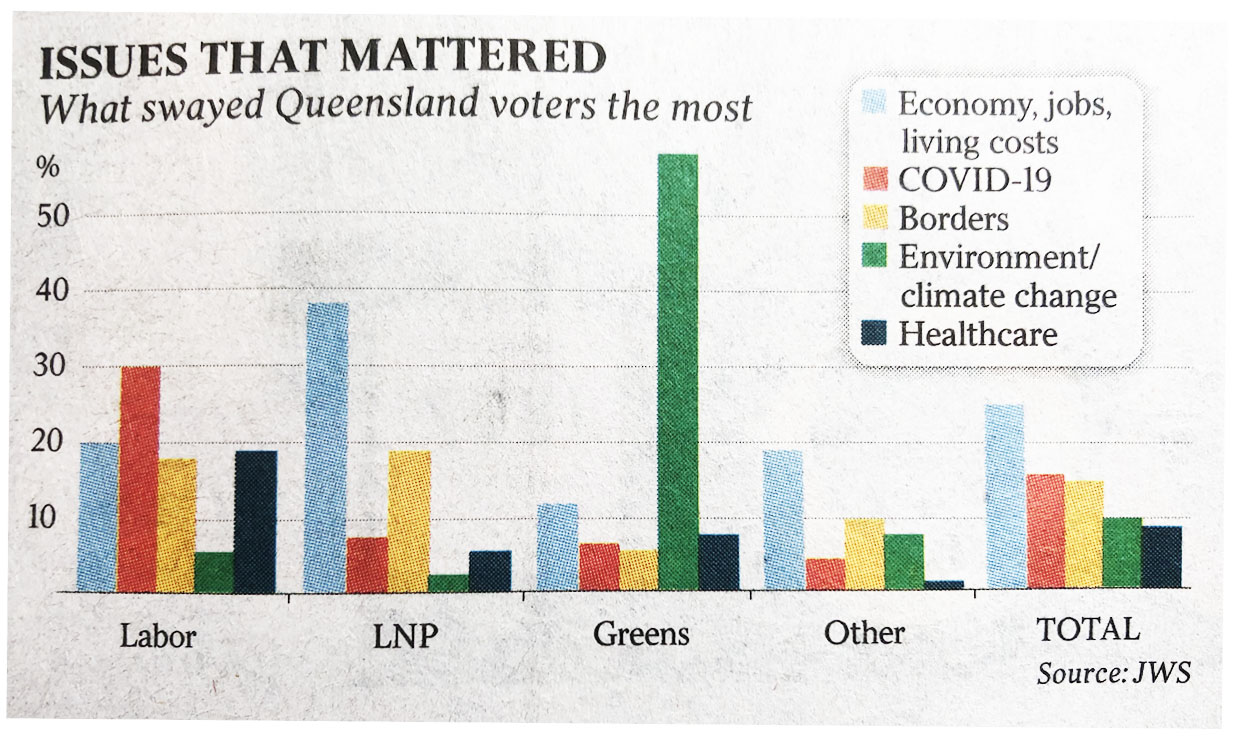 1 thought on “It’s official: No-one gives a rat’s about climate”