The founder of political lobbying firm PremierState joined Ms Ward’s “family and friends” at an eastern Sydney venue on the weekend to celebrate her unexpected advancement. 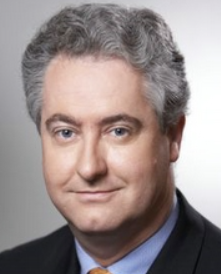 Ms Ward, who was given the NSW Sports portfolio, was lauded by Mr Photios, who said he was tremendously happy for her.

Mr Photios is reported by The Australian newspaper to have given a speech at the party in Ms Ward’s honour.

Ms Ward’s political resurrection puts to bed a scandal-ridden past when she controversially quit her job in 2013 as deputy chief-of-staff to then NSW finance minister Greg Pearce.

Mr Pearce and his other senior advisor also lost their jobs at around the same time.

Ms Ward had been caught up in a deal involving Suncorp and Allianz insurance companies – both clients of PremierState – who were set to be big winners from proposed green slip reforms.

Her husband David Begg worked for PremierState at the time.

According to Sydney’s Daily Telegraph newspaper, Ms Ward and her husband were hosted by Suncorp Group to the 2012 Melbourne Cup “at a time when Mr Pearce was considering policy changes relating to compulsory third-party insurance”.

Ms Ward said at the time that it was a “private trip”, however, she subsequently quit her post.

Suncorp and Allianz were lining up for a financial windfall from the Finance Ministry’s proposed green slip reforms, which stood to land insurers tens of millions of dollars.

Under the controversial reforms, children who were involved in car accidents would only be covered for up to five years of medical expenses – and not for life as they had previously been.

The government claimed the so-called reforms would cut the cost of green slips by 15 per cent.

In an act of self-sacrifice – and community mindedness – NRMA Insurance, however, blew the whistle and demanded that Mr Pearce delay the harmful reforms.

After the controversy broke, NSW cross-benchers refused to pass the legislation through the upper house.

Acting NSW opposition leader Adam Searle this week complained that laws around lobbyists and government ministers were too weak.

“It’s clear Michael Photios remains completely embedded in the fabric of the Liberal Party at every level,” he said.

“The laws around lobbying clearly need a complete overhaul to restore public confidence.”PC