MALCOLM Turnbull is cheering for a green-leaning independent to push the Berejiklian government into minority as he again betrays his own Party.

Weeks out from this month’s crucial Upper Hunter by-election, the former Liberal Party prime minister is full-tilt behind fellow climate extremist and former journalist Kirsty O’Connell. The by-election is scheduled for May 22. 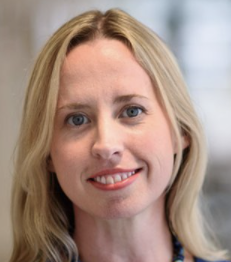 “This by-election is a good opportunity to act on the biggest challenge, the inevitable transition away from fossil fuels,” Ms O’Connell told an audience in Merriwa last week.

She said government funding “must be provided” to replace the Upper Hunter’s reliance on its coal industry.

This was music to the ears of dumped prime minister Malcolm Turnbull, who travelled to the Upper Hunter to campaign with Ms O’Connell.

He urged Upper Hunter locals to abandon the government’s coalition partner, the National Party, which has held the seat since 1932.

“Kirsty won’t sell-out the health of the community in the way the National Party has done, in the way they’ve cuddled up to the big mining companies with no regard to what the people need here,” Mr Turnbull said.

According to an ABC News report, Mr Turnbull said a minority NSW government “could be a positive for the region”.

“It’s not a bad thing for governments to actually have to consult with other people and to respect others,” he said.

“I think Kirsty O’Connell will be a phenomenal contribution to the State parliament and one that – while she would never be able to say it publicly of course – Gladys Berejiklian would privately appreciate.”

Mr Turnbull’s ongoing disloyalty to the Liberal Party has been questioned even before he arose in 2015 to lead the Liberal/National Coalition in government.

According to senior Labor Party figures, Mr Turnbull had begged for entry into the ALP as late as 2000 – shortly before he joined the Liberal Party.

Sources have confirmed he aspired to be an ALP MP and had pleaded to be parachuted into federal parliament, offering himself as Labor’s next Finance Minister.

It turned out that neither then ALP leader Kim Beazley nor Labor’s factional heavies wanted anything to do with Mr Turnbull. Mr Richardson later describing him as having “hopeless political instincts”.

Since being removed from his prime ministership in 2018 by an internal Liberal Party vote, Mr Turnbull has sought revenge.

His disloyalty has resulted in repeated calls for his expulsion from the Liberal Party. A move many Liberal members believe is justified.

After all, it is widely considered Mr Turnbull has done more damage to the Liberal Party than Labor could ever dream to do.

He entered the Party by knifing his colleague and sitting Wentworth MP Peter King with a branch stack of truly mind-numbing proportions.

In 2008 he snatched the Party leadership for the first time with a campaign of verbal intimidation (some insiders say screaming abuse) and unforgivable disloyalty against then Liberal leader Brendan Nelson.

He then backed-up in 2015 and stole the prime ministership by relentlessly leaking and undermining then PM Tony Abbott.

This leaking and undermining managed to turn opinion polls against Mr Abbott – which spooked the Party into a spill.

The problem with these opinion polls, however, was that almost every respondent who indicated they preferred Mr Turnbull as PM didn’t bother to vote for him after he was installed. Instead, they voted Green, Labor or both as they’d always done.

On leaving parliament in 2018, after being sacked by federal colleagues over his climate fanaticism, he had taken the Liberal Party from Mr Abbott’s huge parliamentary majority (won in 2013) to a rabble minority.

He appears intent to repeat his efforts on the fragile NSW Liberal government.PC