CHINA continues to be completely unnerved by Australia despite its economic strength and growing military might.

After more than 70 years controlling its own citizens – by force if necessary – the Chinese Communist Party is increasingly frustrated at not being able to control Australians. 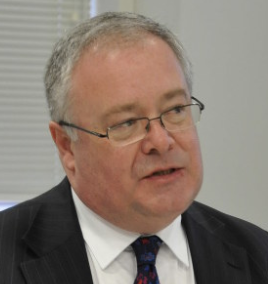 While its brutal threats have worked on its own population, it remains befuddled why similar threats have failed on its southern neighbour.

The truth is, apart from a few border skirmishes, the Chinese communists have never fought a significant war – let alone won one.

Xi Jinping’s communist predecessor Mao Zedong pounced in 1949 when the middle kingdom was at its weakest, having been monstered by a rampaging Japan.

Communist forces largely hid from the Japanese enemy during the war and then strolled into power by overthrowing a legitimate, though shell-shocked, Chinese government.

Since then China has maintained a multi-million man army but, without a credible navy, has been unable to project its power.

As a result, the wider world has largely ignored its threats and bluster. China became the national incarnation of “speaking loudly and carrying a small stick” – until now.

Due to its growing stature, China’s neighbours and trading partners are beginning to listen intently. And, with the possible exception of New Zealand, they don’t like what they hear.

By pushing back against and exposing China’s unneighbourly behaviour (corporate spying & theft, cyber attacks, unlawful land grabs, blatant dishonesty and trade trickery) the Communist Party has been publicly humiliated. And it’s not happy.

To “save face” it chose to make an international example of Australia and proceeded with the most undiplomatic name-calling while cranking up a plethora of ruthless trade sanctions.

It even drew up and published a list of demands attempting to justify its punishment of one of its closest friends and trading partners.

Even the US State Department acknowledged last week that Australia was wearing the brunt of China’s wrath.

From wine to barley as well as coal, beef, cotton, lamb, timber and seafood, the hits keep coming almost weekly.

China’s leaders are doubly angered that, although Australia is hurting, the pain they’re inflicting isn’t nearly as devastating as they’d hoped.

Unlike China, Australia has many genuine friends. Trading friends who have picked up much of the exports China has rejected.

Diplomatic friends who, among other support, have backed Australia’s call to investigate the origins of the Wuhan virus.

Military friends who can project incalculable power – and who are helping Australia re-arm its defences.

And most importantly, democratic friends who share similar national values and aspirations. Friends like India, Japan, Britain, the US and Canada.

Combined together, these circumstances have incensed China to irrational heights. While it had already cut all ministerial dialogue with Australia, it has now escalated this by cancelling all economic dialogue as well.

A statement released this week by the Chinese government said: “Based on the current attitude of the Australian Commonwealth Government towards China-Australia cooperation the National Development and Reform Commission of the People’s Republic of China decides to indefinitely suspend all activities under the framework of the China-Australia Strategic Economic Dialogue”.

This is expected to, effectively, terminate all sub-ministerial communication as well.

“This is fertile ground for war.” PC

Australia is in the freezer…