THE Northern Territory often produces a vague sense of unease due to its climate, desert landscape, remoteness and isolation.

You wouldn’t venture far off the main highways.

The Territory is also a focal point for the culture wars in view of its large indigenous population, who generally live in remote communities in often abhorrent circumstances.

Just like unvaccinated Queenslanders, the First Australians in the Territory have no place to hide… 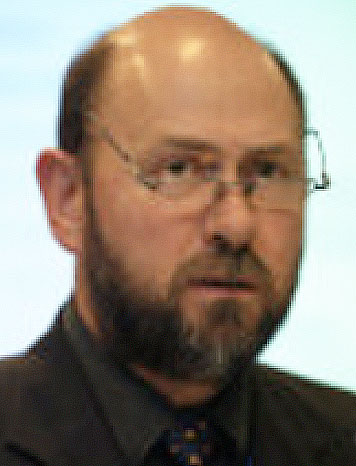 Despite two centuries of policy failure there has been little evidence of new thinking in the centres of power.

And, given the poor health generally – putting it very mildly – of the resident Aborigines, and their seeming caution in taking the COVID jab, it is a powder keg.

Now a story has emerged that links the two issues of Aboriginal affairs and COVID elimination.

It is not pretty, and it comes while Europe is awash with COVID developments that are, not to put too fine a point on it, redolent of the Third Reich.

British historian Jonathan Sumption has touched on these “dangerous precedents” as the “first symptom of totalitarianism”: “Across Europe, basic norms of civilised society are giving way to panic.

“The unvaccinated are being excluded from an ever-wider range of basic rights. Austria has criminalised them. Italy has stopped them doing their jobs. The Dutch police have fired on anti-lockdown demonstrators, seriously injuring some of them.
“We are witnessing the ultimate folly of frightened politicians who cannot accept that they are impotent in the face of some natural phenomena.”

If lockdowns, forced closures of businesses and other brutal countermeasures work, then why are these countries on their fifth wave of the pandemic and their third or fourth lockdown?

How long must this go on before we recognise that these measures simply push infections into the period after they are lifted?’

There is a broad sense that something is about to give. So, not a good week to be caught shipping the unvaccinated off to a COVID camp down under.

This is a story delivered not just by the fringe media but by the Territory’s Chief Minister Michael Gunner.

After nine new COVID-19 cases were identified in the community of Binjari, it was reported that the Australian army forcibly removed 38 residents said to be “close contacts” to the Howard Springs quarantine camp in Darwin.

Of Australia’s COVID concentration camps, Gunner said: “Residents of Binjari and [the nearby community of] Rockhole no longer have the five reasons to leave their homes,” referring to Australia’s five allowable excuses to avoid lockdown (buying food and supplies, exercising for up to two hours, care or caregiving, work or education if it can’t be done from home, and to get vaccinated).

He said it was “highly likely” that more residents would be transferred to Howard Springs.

This is a truly astonishing development, even by bizarre COVID policy standards.

Very few cases have occurred on Gunner’s patch since March 2020 and the latest piece of policy overreach is in response merely to “close contacts”. We do not yet know whether any of those removed are even sick.

Gunner’s now infamous rant against the anti-vaxxers is world class among elected politicians.

His enforced removal of the unvaccinated to a holding camp is a global first, as far as I am aware. Australia continues to break new ground.

As a Labor man, Gunner is a partisan brother of the Premiers of Queensland, Western Australia and of Victoria.

Victoria’s Daniel Andrews needs little introduction. Not a lot more can be said of the Victorian COVID regime, it would seem, that hasn’t already been said and that could possibly add to the public’s understanding of the raving lunatic down south.

Western Australia decided long ago in effect to secede and to impose border closures and lockdowns on less than a whim.

Of Queensland, it has recently been observed that there is no COVID crisis – yet there are bizarre plans for imminent vaccine passports to be introduced in high summer (December 17, to be precise), following on from months of inexplicable, hard border closures.

Then there is the recent and chilling development of a contract being awarded to build Queensland’s second dedicated COVID quarantine camp next door to Brisbane Airport.

One observer has wondered why this “facility” would require double electric fencing, and whether its purposes might one day include accommodation for the removed-and-unvaccinated as well as for incoming travellers slated for more routine and short-term stays.

Also in the recent news is the descent upon the far north outback Queensland town of Charter Towers by the military police, who are now apparently stopping travellers and locals and demanding their papers.

The alt-news reports that the Australian Army, with no published explanation, is booking out hotel chains for the summer on the Gold Coast. (This story has no independent corroboration to date.)

Can anyone see a pattern emerging here?

But back to the Northern Territory and its current travails. Just like the unvaccinated Queenslanders, the First Australians in the Territory have no place to hide, however, remote they might be.

There is no confirmation yet of whether any force accompanied the removal of unvaccinated First Australians from the two communities, but a Darwin Aboriginal elder has shared her distress.

Judy Mills said on a video that Northern Territory Aborigines are being dragged out of their communities by the army and police, taken to health centres and forcibly inoculated.

She called Michael Gunner a “coward who is deceiving and killing our people’ and accused the administration of a genocide of “blackfellas”.

In another video posted on social media, a community member said there were reports of police rounding up people, taking them to a clinic and forcibly vaccinating them; food supplies were being withheld from families and Territory child welfare services were “waiting like vultures” to grab children.

She said the government had taken control of communications from these remote communities and it was difficult to confirm information.

“There’s a state of emergency here. I’m putting out a cry for help to the world,” she said.

These are incendiary claims. To call this a brazen move by the Northern Territory government would be to understate considerably the utter gall of the latest push.

Messing with Territory Aborigines is normally a no-go area, with every move on the part of politicians needing to be backed by visible community buy-in, painstakingly sought and obtained.

That this can be done – with, apparently, not only the knowledge of our perpetually backtracking prime minister but also with his blessing and, indeed, his resources – is a measure of how far we in Australia have travelled down the road towards totalitarian control.

And totalitarian control that has, by and large, received a pass from the citizenry.

There is, now, precious little second-guessing of the political class and its more rampant actions in relation to the virus by that middle go-along-to-get-along group that sits between the rabid COVID class and we-the-non-conforming COVID dissidents and outcasts.

This is the group, probably quite substantial, that was unkindly but not inaccurately described by a retired Federal Court Judge as being satisfied so long as they have “Netflix, a full belly and a warm place to defecate”.

It would be interesting to see the reactions of white Australians, especially those on the Left who are forever championing the interest of remote communities.

I say “would” as I am yet to find this story even mentioned in the Australian mainstream media.

Given that indigenous affairs are a core issue in the culture wars and an obsession in the Left-of-centre media, the absence of comment to date is both noteworthy and odd.

I am guessing they just don’t know what to think or to say about this.

Many, no doubt, would be (quietly) cheering if the Caucasian unvaccinated were marched off for re-education and solitude, a “safe” distance from the vaccinated. No one has quite said it in public, yet.

One might even term this awful affair the COVID Stolen Generation, a term that will have deep resonance for those with an interest in the recent history of the indigenous people of Australia.

It all takes us right back to Central Europe and the Auschwitz meme. Lord Sumption is correct. These are, indeed, highly dangerous times.PC