I GRADUATED from medical school in Birmingham in the UK in July 1974.

In those days, the requirement was to complete two six-month “house jobs” in what was a pre-registration year before being let loose on the world at large.

Aussies are now cowed by a bullying authority and I, for one, am very sad to see it happen to a nation that I revered for so long… 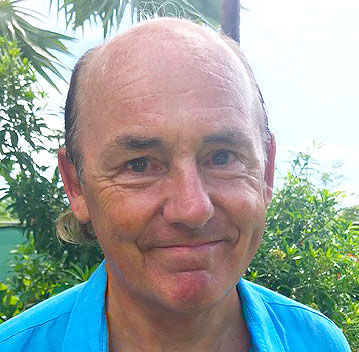 I did my surgical six months first in Coventry, and my medical attachment in medicine in Wolverhampton.

Everyone else in my year was lining up jobs with a view to climbing the greasy medical pole to become psychiatrists or general practitioners or orthopaedic surgeons or cardiologists etc.

Not for me; I wanted to travel for a year or two and work out which branch of medicine I should follow.

Where to go? To my mind, Australia wasn’t my first choice. I think I’d soaked up too much of the Barry Mackenzie scripts from the satirical magazine, Private Eye.

New Zealand seemed a better bet, and the hospitals I wrote to all offered me positions. I chose Wellington and it didn’t disappoint. I made good friends and learned a lot.

I’d heard lots of good things about Australia during eighteen happy months in NZ, so I thought it would be churlish not to check Australia out.

I had a classmate in Melbourne so off I went. Right from the drive into Melbourne from Tullamarine I had a good feeling.

Hard to describe, but the bright lights of the big city were notable after Wellington.

After three days I thought I’d look for work and turned up at a locum agency in Melbourne.

It was run by a chap called Rod, who it turned out, had done an “inside stretch” for some misdemeanour but I didn’t know that at the time.

Half an hour later he’d fixed me up with a GP locum way out to the western extremity of Victoria, in a one-horse town called Edenhope.

The pay seemed enormous and helped me overcome my trepidation in a world of General Practice, of which I had no experience.

He also arranged two tickets to an end of season AFL function and a lovely girl to accompany me. I thought to myself, “I’m beginning to like Australia!”

On handover, the doctor asked if I could take X-rays? I told him no, but half-an-hour later I could manage passable images. I did the locum for six weeks without too many mishaps.

I loved the “can do” attitude from the start. The typical straightforward no-nonsense Australian stereotype was apparent but there was humour, good natured banter (usually about cricket) and a true sense of fair play.

Rules were only relevant if they made good sense. Conversations were more direct than I was used to but that was an easy adaptation for me to make.

I did other locums, in particular in the lovely town of Myrtleford in Northern Victoria. I was always looked after and invited out.

At one memorable barbecue, I was talking to a nice man who had moved his family out from England some five years earlier.

He was a mechanic and ran a successful car garage in town. He knew that I was, temporarily, the town doctor.

He looked at me directly and said “I’m just as good as you”. I knew exactly what he meant.

He was not being rude or aggressive but was just telling it like he saw it. Australia had given him the freedom to be the best he could be.

Hardly any red tape, hard work was rewarded, taxation was reasonable and there was a pervading sense of fairness.

Many farmer driven utes carried the sticker “This is cattle country, eat more beef you bastards!”

It was the same wherever I went. I remember a sign outside a restaurant in the little town of Tumut. It said “If you want your steak well done, then go somewhere else”.

I went back to the UK and travelled and worked in other countries but Australia had got me and in 1982 I returned and eventually had my own practice in Noosa, Queensland.

My four children were all born there. Eventually in 1995, we retuned to the UK for family reasons.

Recent media images from Australia, especially from Victoria have been truly upsetting, with staggering levels of police brutality; people dragged from their cars for not wearing a mask, handcuffed and pushed face down in the dirt; people beaten and children terrorised in the street for similar offences; but all for the good of their health, right?

These are widespread and common events carried out by police acting more like the Stasi.

Politicians have trampled over people’s liberties with the enthusiastic help of law enforcement. Why is Daniel Andrews still in his post?

The State governments (the Federal government seems to have been defenestrated), are now ignoring the Nuremberg code, signed after the war to enshrine the right of a person not to be subjected to medical experiments without their full informed consent.

Vaccines still in a trial should not be mandated as a means of people keeping their jobs.

Indigenous people are being carted off to a facility called Howard Springs, in the Northern Territory for the crime of living next door to someone who tests positive for COVID.

He was bullying Aboriginal people into having vaccines, when their sad history has made them cautious about what they may see as yet another experiment on them by the people who took their land.

In former times, liberals would have laid down in front of police cars to protest these actions.

In all areas of life, even before the pandemic, Aussies had a strong sense of fairness and would really stand up for themselves.

They’re now cowed by a bullying authority and I, for one, am very sad to see it happen to a nation that I revered for so long.

Licenced duck hunters have been prevented from shooting ducks by way of illegal protests; which then became an excuse for government to confiscate their guns.

Government schools have declared children to be mentally unfit when they’ve expressed political views that are contrary to the Left-wing narrative.

Animal rights organisations are seeking to give animals the same rights as humans.

Although not peculiar to Australia, the call of “cultural appropriation”, eg, wearing a Sombrero to the beach, is the type of nonsense I always thought the plain-speaking Australians would ignore.

Many Aussies bemoan the death of the “larrikin:, a distinctly Australian entity, and in addition, comedy in Australia (and many western countries) is dying as comics fear being cancelled by the Left-wing mob.

Sadly, politically correct comedy is seldom funny. Wokeness is widespread in the developed world but what has surprised me most is that the strong Australian character, with its independent nature, has succumbed to this humourless and dehumanising cult.

When I look at Australia now, I could almost cry. Where’s the sense of fair play? The rule taking and red tape seems to have completely strangled everything. The “battlers” seem to have become the “bottlers”.

That special spirit must still be there somewhere. How will Australia rediscover itself or is it all too late?PC

Dr Giles Bointon is now a retired GP after over forty years’ service in family medicine. He spent much of that time practicing in Australia.

POLITICOM: First, they came for the footballers…
POLITICOM: Virus response a lesson in failure, secrecy

Game’s up for vaccine trickery

10 thoughts on “Can crushed Aussie spirit ever bounce back?”