SENIOR NSW cabinet ministers have been ordered by ICAC to hand-over potentially damning evidence as the Berejiklian government faces comparisons with the corruption-riddled Keneally Labor government. 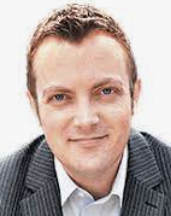 While not under direct investigation themselves, the ministers are believed to hold information that may assist ICAC’s investigation into Premier Gladys Berejiklin’s former boyfriend and government colleague Daryl Maguire.

As the Berejiklin government continues to be mired in allegations of corruption and sleaze, comparisons with the disgraced Keneally government have been made.

Political historian and author Troy Bramston said that while Ms Berejikian had performed well during COVID, she leads a government that has increasingly lurched from “scandal to scandal”.

“The Coalition government looks not much better than the corrupted Labor government led by Kristina Keneally that was annihilated by voters in 2011,” Mr Bramson wrote in The Australian last week.

“Gareth Ward is the latest minister to be stood aside after it was revealed he is being investigated by the Child Abuse & Sex Crimes Squad.

Sleaze aside, Ms Berijiklian has corruption allegations pouring in at a rate of knots.

“ICAC is investigating allegations of industrial-scale corruption by former minister John Sidoti, who stepped aside from cabinet in 2019,” Mr Bramson said.

Mr Sidoti is alleged to have purchased land at a number of sites that was set to rapidly increase in value due to upcoming government transport projects.

Mr Maguire is alleged to have conducted a personal lobbying business from his parliamentary office.

According to The Australian, it’s likely that Messrs Barilaro, Perrottet – and possibly Left faction heavy Mr Kean – were requested to produce documents relating to decisions or meetings they had attended, such as the expenditure review committee, where funding was granted to Mr Maguire’s electorate.

This has included secretly lobbying on behalf of developers and running a cash-for-visa scheme in which Australian employers would earn a subsidy for pretending to employ Chinese nationals, allowing them to get a visa.

The NSW Keneally Labor government was thrown from office after a string of sexual perversions, corruption scandals and ministerial ineptitude.

It was believed at the time that Ms Keneally was a puppet Premier, put in place and controlled by factional heavies the likes of Joe Tripodi and Eddie Obeid.

A number of Labor ministers were jailed after her government fell, including Eddie Obeid, Ian Macdonald and Milton Orkopoulos.PC